Over 1 000 000 respirators made by this amazing industrial production line! Check the video below:

This is the result of amazing collaboration between Czech republic and Taiwan. Industrial production lines were the gift from Taiwan, thanks to that we could start massive production of face masks and respirators at InoCure in Czech republic.

Check the full article and video from production of premium-quality respirators and face masks:

Visit our new e-shop with premium-quality NANOfibrous Face masks and Respirators made by scientists and engineers with several years of experience in the field of nanotechnology. All the products are 100% made in EU:

For more information about the products, please visit:

Comparison of different types of face masks currently available on the market. Check the difference in filtration efficacy!

Compared to different types of facemasks, InoMEM nanofibers provide BETTER FILTRATION EFFICACY and create a virus barrier due to the dense mesh of the fibers.

WE ARE VERY PROUD: “Taipei, Dec. 21 (CNA) Known for its strength in basic science and technology research, Czech Republic could be an excellent partner for Taiwan in the global market for high-end materials, and vice versa, according to Matej Buzgo, chief executive officer of Czech company InoCure .

Matej Buzgo , whose company specializes in the development and manufacture of nano-grade materials and equipment, concluded a nearly three-week visit to Taiwan on Saturday.”And now we can happily annouce that the visit was very successful. Looking forward to develop this beautiful and successful partnership .”

Buzgo, whose company specializes in the development and manufacture of nano-grade materials and equipment, concluded a nearly three-week visit to Taiwan on Saturday.

He told CNA in a recent interview that he believes there is great potential for future collaboration between Taiwan and the Czech Republic, praising Taiwan for its excellence at technology applications and mass production.

The company has promised to donate five automated medical face mask production lines to the Czech Republic as a token of deep appreciation for Czech Senate President Miloš Vystrčil’s staunch support for Taiwan.

Vystrčil visited Taiwan in late August despite stern warnings from China, which sees Taiwan as part of its territory and frowns on any interactions by the international community that can be seen as recognizing Taiwan’s sovereignty.

Prior to Vystrčil’s departure from Taiwan, Autoland announced the donation aimed at helping the European country control the COVID-19 outbreak.

To run the automated production lines and keep them working requires skill, he said, and without proper training, overall equipment efficiency will be poor.

Kuo insisted the Czech side send someone with relevant expertise to Tainan to receive training, he said, underlining that the donations were not meant to be given to the Czech government, but made to help the Czech people get through the pandemic.

He hopes “every arrangement will achieve optimal benefit and help as many people as it can.” Kuo said.

According to Kuo, the donation will mainly be carried out based on a business-to-business model, with the expenditure to be covered by the companies responsible for the project in the two countries, which is InoCure on the Czech side.

Four of the five production lines will be provided to InoCure, which will then establish a “social enterprise,” named ECVVR, in Prague with Good Mask, one of the Czech Republic’s largest face mask manufacturers, to begin production, Kuo said.

The face masks produced by the Taiwan-Czech collaboration will be 3D in form and of a higher quality than common surgical masks.

Buzgo said he brought six kinds of nano materials to Taiwan to test on the machines at Autoland.

The mask has six layers, four of which will be made using Czech Republic self-developed and manufactured materials with a nano membrane as the core filter. The other two layers will be made from Taiwan-produced skin-friendly and water-proof materials, he said.

The nano membrane in a dense net structure can absorb particles without static electricity, and retain more than 95 percent of its protection capability — which meets the European Union’s FFP2 standard — in an extremely moist environment or even after being washed up to five times, according to Buzgo.

These features will help reduce waste, he said, adding that the use of environmentally-friendly materials means the face masks will meet the requirements for a “circular economy.”

In addition, with each mask weighing 3 grams, they will be comfortable to wear, making them suitable for Europeans who are not used to wearing face masks, Buzgo said, suggesting that this will enable people to wear the masks longer, thereby helping pandemic control.

As a result, people will be able to purchase high quality “respirators” at “more favorable” prices, Buzgo said.

He expects the Czech Republic will eventually establish its own industry, producing respiratory protection gears to lower the nation’s reliance on other countries (mainly China) in the sector, and further help its European neighbors or other countries far away, “like what Taiwan is doing,” he said.

Two of the five automated medical face mask production lines that Autoland promised to donate to Czechia will be shipped via a 40-foot container, scheduled to leave Kaohsiung Harbor on Monday, according to Kuo.

The container is expected to take 40 days to arrive in Germany and then be transported to Prague by train.

According to information provided by Autoland, the four production lines are capable of producing 160,000 “high-end 3D masks” a day when running 20-hour shifts.

As of Dec. 21, Czechia had one of the worst COVID-19 outbreaks in the world, with 627,523 cases and 10,411 deaths, the fifth highest infection rate and 13th highest per capita death rate in the world, according to the www.worldmeters.info website.

(By Chen Yun-yu and Elizabeth Hsu)

Another success for InoCure and Rhine-Waal University!

Another success of the cooperation InoCURE with Rhine-Waal University in the fight against COVID19 epidemy. Vincenzo Farano, PhD is a part of the research team led by Professor Dr. Amir Fahmi, which has developed a novel coating made of biocompatible hybrid nanofibers for commercial respiratory masks. We are proud. They said about us:

Registration for Webinar is open : “ADVANCED SCAFFOLDS FOR BIOMEDICAL APPLICATIONS”

Join the webinar series on: “ADVANCED SCAFFOLDS FOR BIOMATERIAL APPLICATIONS”

We have prepared for you this special webinar in collaboration with University College London, Fraunhofer IBG, University of Liverpool and many others. Webinar will be basically focused on Cell Culture methods and scaffolding systems for bone and cartilage regeneration. If you are interested in advanced biomaterials, cell culture and regenerative medicine – please send us your registration. There is no prior knowledge required.

Looking forward to see you participating on webinar ADVANCED SCAFFOLDS FOR BIOMETRIAL APPLICATIONS. Do not miss your chance and register at:

InoCure’s researchers are advancing the emulsion electrospinning method for controlled release of biomolecule-based active pharmaceutical ingredients (APIs). Emulsion electrospinning allows the encapsulation of high quantities of the biomolecules in the core of the nanofibers, preserving their structure and activity. For sustained release applications, water in oil emulsions are used. In this case, biomolecules, such as proteins, are dissolved in the water together with other waster soluble molecules. Then the water phase is mixed with the polymers dissolved in organic solvents (e.g. polycaprolactone in chloroform) and emulsified using homogenizers. During the electrospinning, produce water droplets form the core of the nanofibers (red in confocal microscopy images and illustration) which encapsulates and protects the active molecule. The shell of the fibres acts as a barrier, limiting the release of the active molecules. Compared to the coaxial-spinning, high-throughput (5 gr/hr using the lab-scale InoSpin) production of nanofibers is possible. The formulation and the process are developed in three stages:

The optimized formulation can then be used for encapsulation and delivery of various molecules with only slight adjustments in formulation and process.

Development and optimization of the electrospinning device InoSPIN

Electrospinning is currently the dominant electrohydroelectrospinning development dynamic technique to fabricate thin fibers, thanks to its simplicity and relatively low cost.

Nowadays, fibrous materials show a great usefulness in many applications (drug delivery systems, textile, environmental remediation). Nanofibers have become extremely appealing due to their unique properties, mainly highly porous structure and large surface – volume ratio. Electrospinning is currently the dominant electrohydroelectrospinning development dynamic technique to fabricate thin fibers, thanks to its simplicity and relatively low cost. It is based on a high voltage applied between a metallic needle or a needleless electrode, and a collector. The strong external voltage deforms the liquid coming out of the nozzle into a jet. However, an efficient production of nanofibers by electrospinning remains challenging.

Development of electrospinning technique includes: i) theoretical model design and a comprehensive analysis its properties based on numerical simulations, ii) verification preliminary results in practical use. So far, a crucial relation between the geometry of the spinning electrode and formed nanofibers has been observed. Indeed, our work plays a significant role in selecting a proper electrospinning configuration, depending on the application and desired results.

InoCURE is one of the winners from Regional Innovation Scheme countries receive EUR 25 000 in smart money, training and mentoring!

EIT Health InnoStars Awards 2019 boost start-ups from RIS countries.InoCURE Is one of the winners . 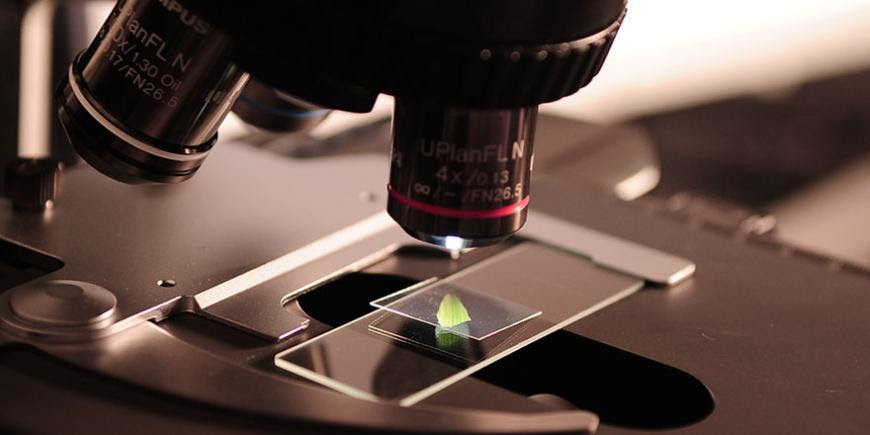 The Regional Innovation Scheme Programme (RIS) focuses on countries from Central, Eastern and Southern Europe. The 15 EIT Health InnoStars Awards winner are still developing in terms of healthcare innovation. They will receive EUR 25 000 in funding, as well as training and mentoring support.

In the third year of the InnoStars Awards, the winners were chosen from 116 high-quality contestants based in the 13 RIS countries – which have more moderate levels of innovation than other European countries.

Selected by a panel of experts, the winning start-ups include five from Portugal, two from Poland, two from Hungary, two from Latvia, one from the Czech Republic, one from Lithuania, one from Italy and one from Romania.

They will receive EUR 25 000 of smart money, individual mentoring for four months, and the opportunity to participate in two bootcamps in Europe. EIT Health InnoStars will also organise three validation interviews with potential customers, investors and partners for the award winners. After the four-month programme, 10 finalists will be selected to participate in the InnoStars Awards final pitch in November, to compete for the three top prizes: an additional EUR 25 000, EUR 15 000, or EUR 10 000 in funding.